SEARCH INFORMATION OF ANY PRODUCTS - INSTANTLY!

By simply typing in the item's barcode number at Barcode Live, you can get information about millions of products worldwide, including: photos, name, model, manufacturer, and product reviews. We will use our huge database of barcodes, product data, as well as data from retailers and e-commerce sites to provide you with the most useful and accurate information on any product you are interested in. 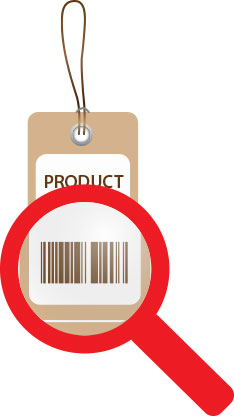 UPC consists of 12 numeric digits, which are uniquely assigned to each trade item. They are used in many countries to track trade items in stores, such as the United States, Canada, United Kingdom, Australia, New Zealand, etc.

EAN is a standard describing a barcode symbology and numbering system. It is often used in global trade to identify a specific retail product type, in a specific packaging configuration, from a specific manufacturer. The most commonly used EAN standard is the thirteen-digit EAN-13.

ISBN is a unique numeric commerical book identifier, which is assigned to each edition and variation (except reprintings) of a book. Publishers purchase ISBNs from an affiliate of the International ISBN Agency.

A barcode is an optical, machine-readable, representation of data; the data usually describes something about the object that carries the barcode. Traditional barcodes systematically represented data by varying the widths and spacings of parallel lines, and may be referred to as linear or one-dimensional (1D). At that time, they were only scanned by special optical scanners called barcode readers.

Later, two-dimensional (2D) variations were developed using rectangles, dots, hexagons and other geometric patterns. They are also called matrix codes or 2D barcodes, although they do not use bars as such. Nowadays, specialized application software became available for devices that could read images, such as smartphones with in-built cameras.

Barcodelive is totally free. You can use it freely without registering or paying a fee.

Users just visit barcodelive.org and look for a barcode number without registering an account.

Our massive barcode database allows you to barcode lookup and get product data in seconds.

After just a click, you can get full product data such as images, origin, specification, and features.

Barcodelive saves money and times of consumers and sellers.

Users can do a barcode lookup anytime, anywhere with any devices connected to the Internet.

WHAT PEOPLE SAY ABOUT US

Great tool. I looked up lots of products and avoided fake good before buying them.

A superfast barcode lookup tool. It doesn't take me too much time as other tools.